So with gBallin failing and being taken out of production, I've opensourced the designs (As will happen with any boards I'm not running again). You can take a look at that flaming mess over at https://github.com/germ/gergo-trackball

Also! There are now footprints for the gJumper underswitch I2C contacts and the module interface for Gergo (and other boards). So if you want to make something fun, here you go!

First up: Let's recap the status of everything

Gergo: Kits are shipped, Partials/Readys are being assembled and shipped
Georgi: FW Working, beta units released, waiting on that to finish but results are good!
ErgoTaco: Hardware working, FW issues but boards are built.
Butter Stick: Waiting on boards to come in.

So this is a post I was hoping to not have to write, but supply issues are what they are.

So the Pearl was released 12 years ago, a time where phone UIs were grid like and web browsing was mostly moving between fields and light scrolling. As such when they reached for a navigation device, they settled on the Panasonic part I've been using. When you try using it as a general purpose mouse, it's horrible. The sensor resolution simply isn't there. It's a great idea but the execution falls flat. Initially I hoped this could be worked around in software but it's obvious this is a hardware problem. Also this is a obsolete part and supply is drying up. My current source just stopped being able to acquire them for me and I only have a handful left. This is what happens when you design on obsolete parts.

Now lets talk about the backlog, I can get a board put together and tested in about 20 minutes, that's actually not too bad! The trackballs take about a hour each. That's pretty fucking bad. Oh and there's a 20% of chance of having the ball get gummed up and throwing the whole thing out. I work two jobs and have this keyboard grind going on, these trackballs are holding me back hard.

That being said, I've started work on a Joystick module and a TrackPad module these should hopefully be ready in a month or two, watch the blog for updates. In addition, I'm publishing footprints for the interface for both the switch I2C connects and the gBallin. The hope here being if someone wants to design a small board, they can! There will be a post on this in a few minutes.

What about existing orders? Glad you asked. With any order that came bundled with a gBallin a discount code for a free module with shipping will be provided. The hope here being you want something that works well as opposed to a hunk of shit (and you can always whack a MX switch in there in the meantime).

I mean I love them, but they take forever to ship.

Good news is that my latest order finally came in so the giant pile of mostly assembled Gergos can start finding their way into the post.

Georgi firmware is mostly working and there's a open PR for QMK, devkits are getting put together and shipped out this week.

All of the documentation for that is now mostly available over at docs.gboards.ca. Give that a check if your curious as to how Georgi is going to work!

Also there's now cases for Gergo avalible in the store after some time with a big ass laser cutter! 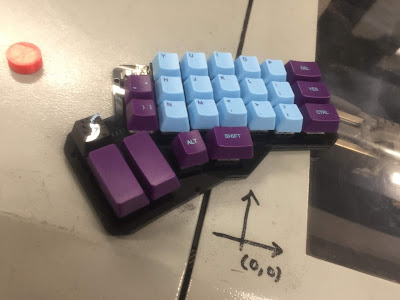 ErgoTaco respins are in after I pulled a big brain move with the connectors. Thank god. Now I caStay tuned! n start getting those out. 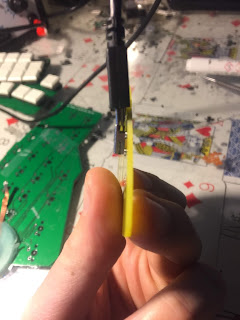 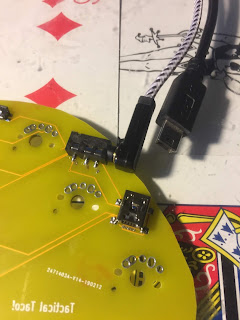